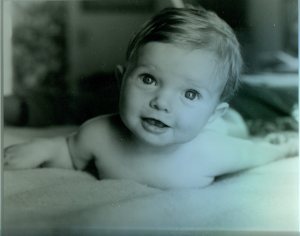 My mother came to visit me today to hang family photographs taken over the years and that had been collecting in a pile in the corner of my dining room.  She’s a photographer, you see, as is my sister, Laura, so I have many pictures for the walls, all stunning—pictures they’ve taken and pictures my mother has restored that had belonged to an earlier generation.  We focused on black and white today.  The pictures included here are all printed on gelatin silver paper in my mother’s studio’s darkroom in Princeton, New Jersey. Since they’ve been archivally treated—washed, fixed, dried—they stand to last a long time. The life span of archival prints is actually not known.  Prints still exist, in excellent condition, from the 1870s when the gelatin silver process was first used.  Though my mother loves the ease and democracy of digital, in her work her preference is for film and archival prints so that the photos can last. 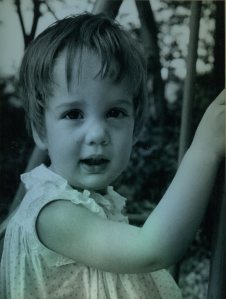 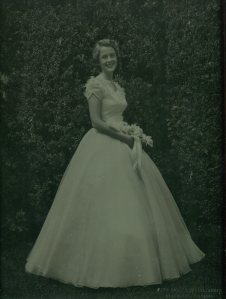 My mother at the May Court Ball at Sweet Briar College, 1956

The dress was made by my grandmother from organdy, the flowers at the shoulders all hand-stitched.  Mom’s daughters (I won’t mention which ones) wore the dress to their black tie dances in the 1970s and destroyed the dress from too much dancing. 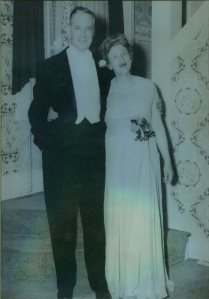 Grammy, as I called her, grew up an impoverished cowgirl in Montana.  A big reader, she dreamed of marrying a blueblooded Bostonian who’d give her “an extra river water diamond” (a marketing term for superior quality) from Tiffany’s—romantic notions she’d learned about in stories and advertisements in The Saturday Evening Post.  She married a Bostonian, as it happened, Charlie Brown, heir to the Buster Brown shoe empire which was essentially defunct by the time she met him.  As a child, he was the model for the Buster Brown shoe boy. 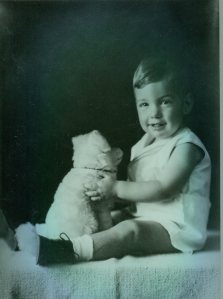 This is a photograph that my mother had restored.  The negative lost, she made a new negative from an original picture and then printed this copy archivally to preserve. 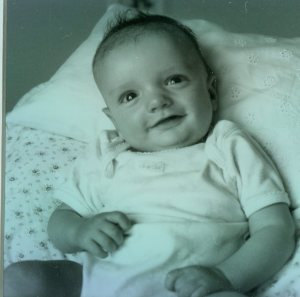 My Jasper, quite new but already smiling, 2004 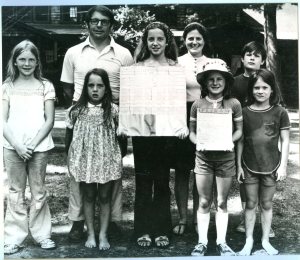 With my father and stepmother and a few of all their children in Percy, New Hampshire, 1973

The wall, where these pictures now hang, tells a story: my parents as children, their marriage, my girlhood, their divorce, my children.  The story reaches back, will stretch forward, unfold on other walls—photographs preserving, stopping time.

Click here to visit the site of my mother, Pryde Brown